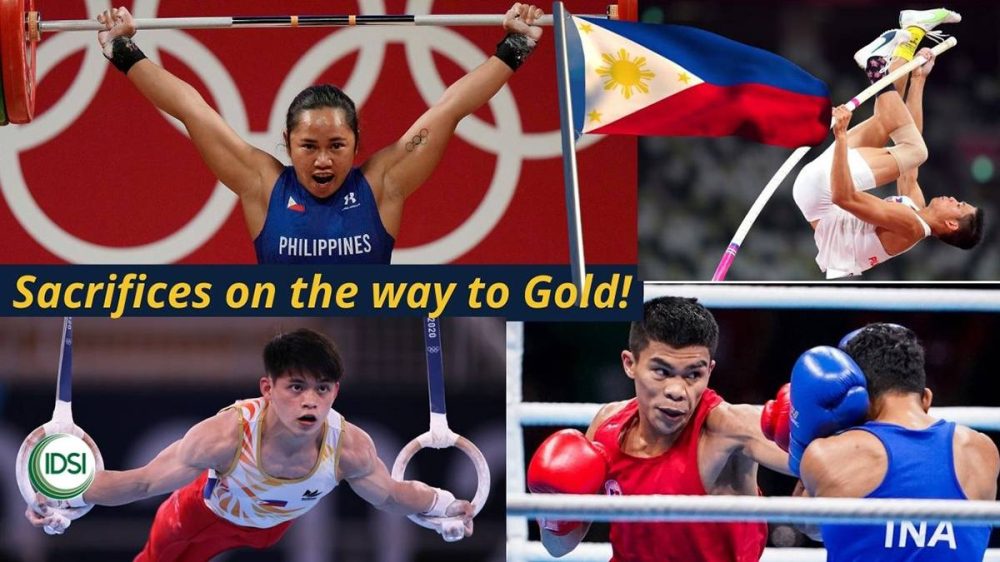 A sports grand slam for Philippines this 2021! After a century of pitiful performance, we smashed several barriers all in one year. We won our first Olympic gold in a century since the Philippines joined in 1924! The first year of more than one medal since 1932! All by Mindanaoans – all as Filipinos! This comes after another record-breaking performance of our athletes in the 2019 Southeast Asian Games.

Certainly, it is time to enjoy, celebrate and congratulate!

Beyond the swings of euphoria today and the depressions of yesterday, let’s ask and work on: What factors made the successes achievable today that were missing before?

These new athletes were able to overcome obstacles. When government support was lacking, when corruption took its cut and incompetents were in place, the athletes today were able to find other supporters financially and managers who knew what they were doing. To his credit, President Duterte did give more support than other administrations, doubling the government budget allocation for sports, improving the training and accommodation facilities, and personally meeting with our athletes.

Another thing is clear – our traditional local training methods are not enough. We cannot just train, but must train and sacrifice for world championships! As narrated in the story of “Team Hidilyn” and others, they studied every aspect of their preparation at a level of thoroughness uncommon in the Philippines, from diets, peak training hours, weight to mind conditioning, with the specialist support of nutritionists, psychologists and condition coaches, among others.

And the winners all had foreign coaches working with Filipino counterparts, and lived and breathed in a foreign environment. No “barkada muna.” No “I won; I made it without having to work that hard! No “Bahala na si Batman!” None of the lazy nor leave-it-to-chance mentality of Filipinos. Those may be good enough for topping your local hometown but not for winning the world.

Working with partners, foreign and local, with proven track record

Gold medalist weightlifter Hidilyn Diaz worked with Chinese coach Gao Kaiwen, and trained in Malaysia and Taiwan. Nesthy Petecio of boxing silver trained in Thailand with Australian Don Abnett, who was recruited by Coach Nolito “Boy” Velasco. Eumir Marcial, who finished with bronze in the featherweight, was also mentored by the legendary Freddie Roach, and trained in Los Angeles and Thailand. Carlos Paalam, who gave the Philippines our second silver, was trained by Australian Coach Abnett in Thailand. Carlos Yulo trained in Japan under Japanese coach Munehiro Kugimiya, who himself was a former national gymnast. Pole vaulter Ernest John “EJ” Obiena acknowledges his national record-breaking performances were made possible from competing with the Europeans while living in Italy. Obiena was also trained by Russian Coach Vitaly Petrov, who also trained pole vault legends Sergey Bubka and Yelena Isinbayva.

No need to reinvent the wheel!

The coaches had track records of success. After Diaz’s silver finish in the 2016 Rio Olympics, she began training under Gao, who trained the Chinese National Army Women Team since 1980 and produced two Chinese Olympic gold medalists. Velasco, who trained Nesthy, also coached his brothers Mansueto “Onyok” Velasco Jr. when he won the silver medal in Atlanta 1996 and Roel Velasco, who finished with a bronze in Barcelona 1992. Australian boxing consultant Don Abnett, who helped the Philippine national team in Thailand, was the head coach of Australia’s national team. Coach Elmer Pamisa, who trained Paalam since the latter was 11 years old, won a pair of silvers from the SEA Games during his time. Of course the legendary Roach helped transform a poor boy with talent and passion into the sports legend Sen. Emmanuel “Manny” Pacquiao.

Our Olympic icons could not have achieved these world-beating results if they had lived in the accustomed life of a distracting culture here – with the endless social and political activities and the greater focus on leisure, disputes, romances, idleness that a champion can allow; and the endless chattering of those who have no past proven success at building anything except with self-congratulating organizations and in TV interviews.

Creative cooperations between different peoples who aim to be productive allow us to transcend our petty disputes and crushing realities. They allow achieving high potentials against great odds. We have to learn to apply this Champion’s Creed not just to sports but to everything we do.

We need to work harder than others and not count the cost – to be champs, to stop spending time with and listening to the many puffed up non-achievers trying to tell us how to do things right. But we should still be kind to all people. We need to manage politics and our emotions instead of being ruled by them, to train ourselves in solution-seeking to overcome all kinds of obstacles.

Beyond sports, in life, we need to organize to apply the same world standards and commitments to our education, technologies, logistics, innovation, organization and families. The Philippines is starting to achieve a higher level in all these areas in recent years, which IDSI will tell the stories of in coming articles, but these efforts need all our support for a new generation Philippines to start today, and grow well into tomorrow!

George Siy is a Wharton-educated industrialist, international trade practitioner and business community leader. He has advised the Philippine government and various organizations in negotiations with the Association of Southeast Asian Nations, Japan and the United States.