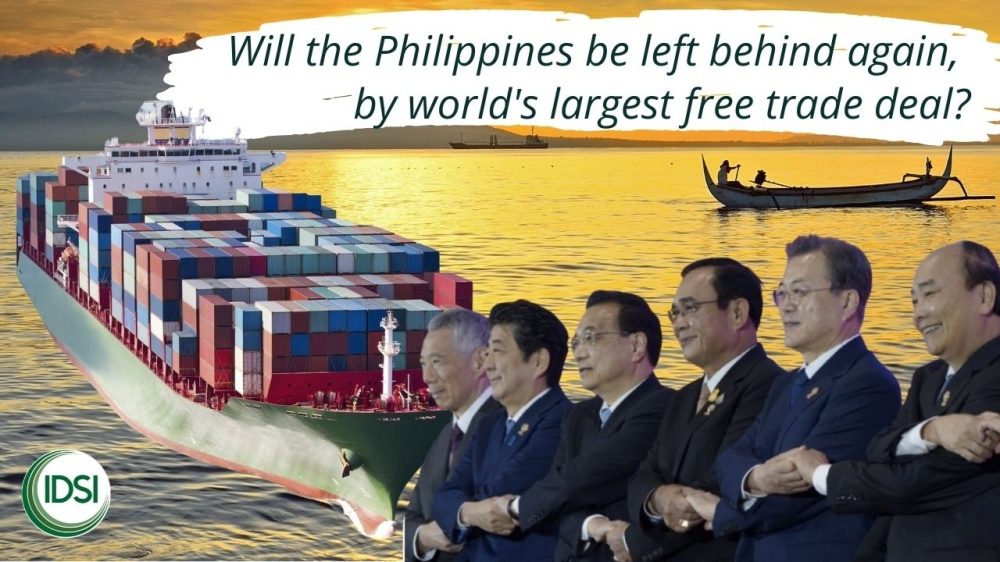 AMID the gloom of Covid-19 resurgence brought by the highly contagious Omicron variant, the unresolved political crisis of Myanmar and the brewing geopolitical tensions between the giants, Asean got some cheers over the New Year with the implementation of the Regional Comprehensive Economic Partnership (RCEP) agreement.

The RCEP comprises the 10 Asean members and their regional dialogue partners Australia, China, Japan, New Zealand and South Korea. The 15 RCEP participating countries (RPCs) cover about 30 percent of global GDP and a third of the world’s population. It is the world’s largest Free Trade Agreement (FTA) to date. When post-Covid-19 economic recovery is the central policy focus of all countries worldwide, the implementation of RCEP is, indeed, a welcome gift to Asean.

The RCEP is modern, comprehensive, high-quality and mutually beneficial to all members. The highlight of the RCEP agreement is the members’ commitment to abolish import tariffs on almost 92 percent of goods traded among them over twenty years, the agreement on a single rule of origin criteria across all 15 RPCs to facilitate the building of the regional supply chain and commitment to liberalize 65 percent of services sectors.

The RCEP agreement covers new economic realities such as e-commerce, the potential of MSME (micro, small and medium enterprises), the interdependency of regional value chains and the complexities of market competition. These features imbue a modern element to the agreement.

The RCEP agreement is also comprehensive both in coverage and in-depth of commitments. It spans traditional areas such as trade in goods, rules of origin, customs procedures and trade facilitation, trade in services and investment, and temporary movement of natural persons. It also enhances emerging areas such as competition policy.

The RCEP agreement also includes technical cooperation and capacity building to support the subsequent implementation of the Agreement. It also includes provisions to ensure that economies with different levels of development, businesses of differing sizes and the broader stakeholders can all benefit from the agreement. The FTA history showed that the benefits of free trade are often unevenly distributed among member countries with diverse development levels, and reducing the uneven distribution helps make the RCEP agreement work for its member states.

Significance of RCEP to Asean

The RCEP agreement builds on the existing Asean Plus One FTAs (Asean’s FTAs with the five partners), and the pivotal role of Asean in the RCEP negotiation enhances the status of the regional grouping in the world. The agreement also introduced a new way of approaching free trade negotiation that takes more of the members’ economic and trade diversity into account in crafting the deal.

Some observers criticize the RCEP implementation period of 20 years as too long. The long transition, however, also gives member states more time to implement adjustment measures and convince the economic laggard countries in Asean to participate in the FTA. These countries are worried that the short transition period on tariff reduction will open up their relatively immature domestic industries to cheaper imports.

While many people criticized the RCEP agreement, as it did not contain major commitments on labor, the environment and state-owned enterprises, many forget that another factor behind the failure of major Asean economies such as Indonesia, Thailand, the Philippines, and minor economies such as Cambodia, Laos and Myanmar to join in the earlier TPP or CPTPP negotiation is the fact that laggard countries do not want to discuss these issues. They feel the discussion will impose an unnecessary cost on the economy and hinder their development. Earlier FTAs led by developed countries often overlook legitimate development interests of developing countries, and this Asean led RCEP opens a new approach to FTA.

The RCEP agreement brings all Asean members together in an updated, unified free trade agreement with key partners. This facilitates the future integration of Asean as a joint economic community envisioned in its charter.

The RCEP is more significant than the Comprehensive and Progressive Agreement for Trans-Pacific Partnership (CPTPP) to the Asean as only the four Asean members of Brunei, Malaysia, Singapore and Vietnam are members of CPTPP. The economic size of CPTPP members is around 13 percent of global GDP, much smaller than the RCEP share of 30 percent. Trade among CPTPP members is also much smaller than trade among RCEP members, and the economic complementarity effect of RCEP greatly exceeds that of CPTPP.

The RCEP negotiation started in 2012, and it took 31 full negotiating rounds, many ministerial meetings and three Leaders Summit to conclude in 2019. The RCEP has 20 chapters, with the main text at 510 pages. In addition, the four market access annexes cover schedules of tariff commitments, specific commitments for services, reservations and nonconforming measures for services and investment, and schedules of specific commitments on temporary movement of natural persons totaling thousands of pages.

An interesting spillover benefit of closing RCEP to Asean is its broker role in bringing China, Japan and South Korea together. The RCEP is the first FTA between China and Japan as well as Japan and South Korea. Noting the tense geopolitical relations between these two country pairs in recent years, bringing them together is an achievement in itself.

The patience demonstrated by Asean in the RCEP negotiation attest to the tenacity of the regional grouping, and, hopefully, the Asean advocated “Asean Outlook on the Indo-Pacific,” emphasizing dialogue and cooperation, and urging all countries to work toward a region of development and prosperity will gain traction slowly. Indonesia is the principal advocate of the Outlook, and its assumption as G20 chairman this year and Asean chairman in 2023 will put Asean in the global limelight. In addition, the world is watching Asean on the Myanmar crisis and how Asean acts as a stabilizing factor in the ongoing great power rivalry between the US and China over the Indo-Pacific.

The Philippines, however, missed the Jan. 1, 2022 effectivity of the RCEP as the Philippine Senate went into recess without concurring the ratification of the mega trade deal.