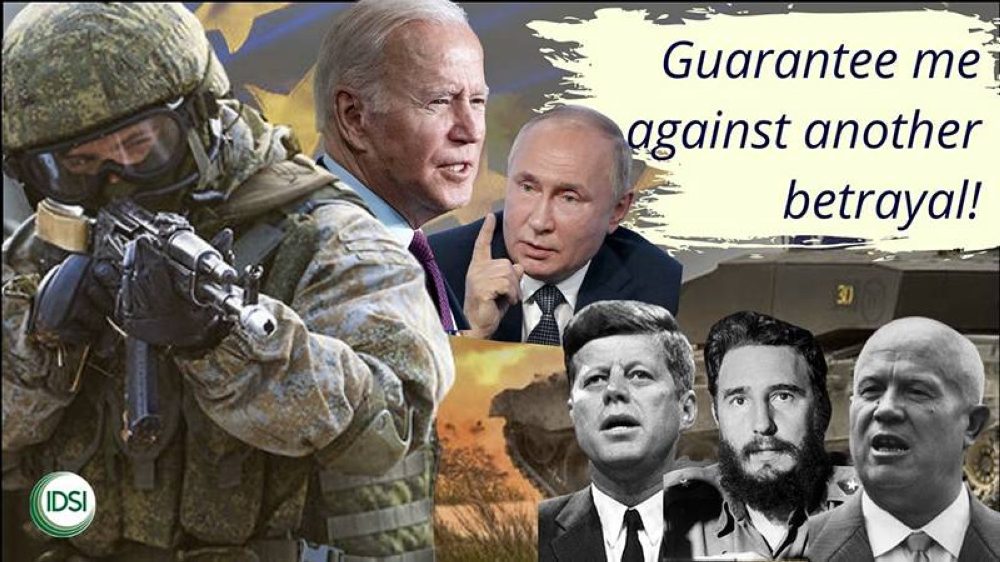 THE most-watched news among global security analysts the last few weeks was the growing military crisis along Ukraine’s borders with Russia. Both sides were massing tens of thousands of troops, and US officials, citing intelligence reports, talked of an impending Russian invasion into Ukraine. However, senior Kremlin officials, including President Vladimir Putin, repeatedly denied the invasion intention.

The hastily arranged video conference on December 7 between Presidents Biden and Putin was closely watched against this backdrop. The meeting was one of the biggest foreign policy tests of Biden’s presidency to date; failing to defuse the growing military crisis along the Ukraine border would’ve brought serious consequences for the stability of Europe. In June, the Geneva in-person meeting between the two leaders failed to solve the then-budding Ukraine border tension, and many had questioned the diplomatic skill of Biden.

The two presidents spoke for roughly two hours by videoconference on Tuesday. The subsequent individual press release reflects the deep mistrust of Moscow in the US. Very few people expect a joint communique at the end of the video summit, but the sharp contrast is alarming.

The White House readout of the video call is terse at 139 words, just stating the American and its allies’ concern on Ukraine and that they will respond strongly in the event of military escalation. Other issues like the US-Russia dialogue on Strategic Stability, a separate dialogue on ransomware, and joint work on regional issues such as Iran were mentioned. In contrast, the Kremlin recount of the call is much longer, and the paragraph on Ukraine is surprising.

“Russia is seriously interested in obtaining reliable, legally fixed guarantees excluding the expansion of NATO in the eastern direction and the deployment of offensive strike weapons systems in the states adjacent to Russia,” the Kremlin’s statement said.

The public statement of the Kremlin surprised many people, and it reflects the deep distrust of the Russian on the US intention over Ukraine. In the normal genteel world of diplomacy, particularly in the important leaders’ summit, a country rarely asks for reliable, legally binding guarantees from the other side, much less divulging such requests in public. Instead, there is an implicit understanding that the staff of both sides will work out documentary details implementing leaders’ agreement. Whether the agreement is legally binding depends on the context in which the agreements are reached.

The calling for reliable, legally binding guarantees that NATO will not expand eastward and the placement of missile systems in Ukraine or other countries bordering Russia reopened the page of history behind German unification in 1990. During the 1990 negotiations between the West and the Soviet Union over German unification, the Russians claimed that the US had promised that NATO would not expand into Eastern Europe. However, the US had failed to uphold the promise, and NATO expanded into Poland, Czech, Hungary and three Baltic countries in 1999. The West has vigorously protested that no such deal was ever struck. However, hundreds of memos, meeting minutes and transcripts from US archives indicate otherwise.

In this view, Moscow considers its less than diplomatic approach of publicly demanding reliable, legally binding guarantees necessary, as a victim being forced to forestall NATO’s eastward march as a matter of self-defense.

New generation of warfare and Russia as military power

The new 4th Industrial Revolution has brought a plethora of revolutionary technologies that redefine how future wars will look like. In addition to the conventional land, sea and air forces, the new cyber warfare and space unit will join the confrontation. The coordinated fighting over all five dimensions with weapons such as drone swarms and AI-enabled autonomous weapon platforms to make war less costly in human life to technologically advanced countries. Keeping the countries that are technologically-advanced from starting a war is important for peace.

It is generally acknowledged that the US, Russia and China are the top three contenders in the research and deployment of the new generation of war technology. These three countries also possess mass second strike capability with nuclear weapons in their arsenal; any conflict among them would end in catastrophe for the world.

If one realizes the importance of keeping a military power away from war, giving it a strategic space might not sound right but is pragmatic and necessary to world peace. The 1962 Cuban Crisis in which the Soviets withdrew missiles from Cuba and the US, in turn, removed missiles from Turkey, is a historical lesson we should remember.

President Biden spoke to Ukrainian leader Zelenskyy two days after the summit and asked Ukraine to work out a diplomatic solution with the Russians. He said that sending US troops to Ukraine in response to a Russian military buildup is “not on the table.” The press reported that Biden urged the Ukrainian government to implement the Minsk Agreement of 2015. In the Minsk accord, the Ukrainian government agreed, but did not take steps to implement, to change its constitution to accommodate the “peculiarities” of the two Russian-speaking Eastern Ukrainian Donbas separatist republics and legalize their “special status.”

It is also reported that senior US State Department officials have told Ukraine that NATO membership is unlikely to be approved in the next decade.

Biden hopes to announce the start of formal talks with Russia and several NATO allies soon.

The speedy development this week will hopefully defuse the current tense situation in Europe. Is it a temporary truce or a long-lasting solution is beyond people’s guess. But the distrust shown by the Russian will likely pin down the US NATO expansion for some time in Europe. It is understood that both the US’ NATO allies and the Russians want US participation in the agreement. Will such participation drag the US pivot to Asia?